I’ve had almost a month to collect my thoughts and emotions around Nova’s birth and I’m excited and ready to share Nova’s birth story!  Today is part one, next week will be part two.  I love that each of my kiddos births have been different and unique, and Nova’s most definitely was!

It all started about 10 days before my due date.  I could tell my body was beginning to prepare for labor since I had 4-5 nights of really bad sleep and contractions throughout the night.  I would go to bed, they would begin and I’d wonder if this was maybe it.  But it wasn’t.  Those nights of poor sleep went by and I began to feel less contractions each day and my sleep got better.

Now we fast forward to February 27th, the day before my due date.  The morning started out like any other Saturday – coffee and breakfast with the kiddos (Jacob wasn’t feeling well so he spent most of the day in bed).  After a bit we decided to go outside on a worm hunt around 10am (read more about the worm hunt here).  Mainly to enjoy being outside since it wasn’t raining, but also to keep the house a bit quieter so Jacob could rest.

The kids loved picking up worms and stashing them in their buckets.  And puddle splashing was a bit hit, as always.  When we took off up our drive way, contractions began pretty much instantly.  It wasn’t anything bad, just the uncomfortable crampy feeling that I took notice to.  As we walked and searched for worms, they seemed to be consistently spaces about 10 minutes apart.  Sometimes I stopped walking to let it pass, other times I kept on moving.

Around 11:30am we got back home.  I put a quick show on for the kids to watch while I prepped lunch.  I have no memory of what we ate, but I’m sure something simply.  Contractions were still the same.  Manageable but noticeable.  I texted my mom (who would be watching the kids) and friend/nurse/doula Lisa and told them that I’d been having regular contractions and that maybe labor was beginning!

Lunch finished, I put Zoe down for a nap and had Hunter nap with Jacob.  Then I began to get things done.  I did a couple loads of laundry, took care of the dishes, picked up around the house, finished this post and schedules my newsletter to go out the next day, and spent some time bouncing on the exercise ball while at the computer.  Contractions were still happening regularly, but again, manageable.

Then around 3pm I rested on the couch to see if the contractions would either continue or slow down.  We stayed up real late the night before with some friends so I thought maybe my body was just overtired and with rest they would halt.  But they didn’t.  They seemed to be more consistent and closer together – around 6 minutes apart and beginning to get more intense.

After the kids woke from naps, around 4ish, I put on a show or movie downstairs.  I was starting to need calm and to parent a little less and it did the trick.  I downloaded a contraction timer to start tracking them since the intensity kept picking up.  I did not feel good standing through them and I spent more time on my hands and knees.  If I was resting they’d be about 6 minutes apart, but when I was moving around they would come more quickly and would be shorter.  During that time I also had a change in discharge – pink tinted and a whole lot more flowing (lovely, right?).

At 5:20pm I called in reinforcements.  I was feeling grumpy and short when I woke Jacob up from his sleep. I recall saying something like “I just need you to help with the kids!”… in a not very nice tone.  I think he knew things were serious then.  I was really trying to maintain calm, but I know my demeanor was not kind.

We were all downstairs and I decided to order food from a restaurant close to our place since I didn’t want to cook.  Jacob was going to pick it up, but instead I decided to have my dad pick it up on the way over and to take the kids to his place after we ate.  I didn’t know when I’d be having this baby, but I didn’t want to call my parents in the middle of the night to get them, so I thought it was better for the kids to go that evening.  I called in the order and we hung out while we waited for my dad to get to our place.  He arrived around 6pm and him and Jacob got the food setup on the table.  I ate in between contractions.  I thought they were still around 5 minutes apart, but apparently they were closer to 3 minutes apart.  Maybe I should have stayed timing them?

After eating I sat on the couch, contraction after contraction, as my dad and Jacob got the kids ready to go.  They were definitely uncomfortable and intense.  There was no talking during them, just breathing and focusing on relaxing.  I remember during that time wanting a really nice goodbye and hugs from the kids since I knew this was real labor now, but they were all wound up and I didn’t get any snuggles from them.  They took off a little after 7pm.

After the kids were gone I decided on us hanging out in our room watching TV to relax and maybe resting a bit while I worked through my contractions.  Jacob cleaned up the downstairs, got all the lights off and we headed up to our room.  Instead of watching TV, I sat on the bed and told Jacob that maybe we’d head into the hospital and to slowly start grabbing the bags.  He asked if he could shave, which I said yes to.  As he was shaving I was on hands and knees through contractions.  They were hurting.  Sitting did not feel good.  Standing was no option.  He finished shaving and got our things together, and we headed downstairs to leave the house just before 8pm.

And that’s where I’ll leave it today.  Part 2 coming next week!

Want to read more birth stories?  Check out Hunter and Zoe’s below!

I can’t wait for part II!

Part 2 is where all the action goes down 🙂

[…] you haven’t read the first half of Nova’s birth story, be sure to go back and check that out and then come back here for […] 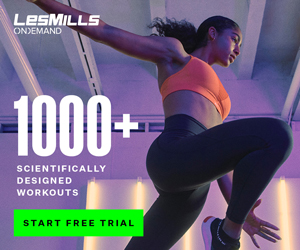